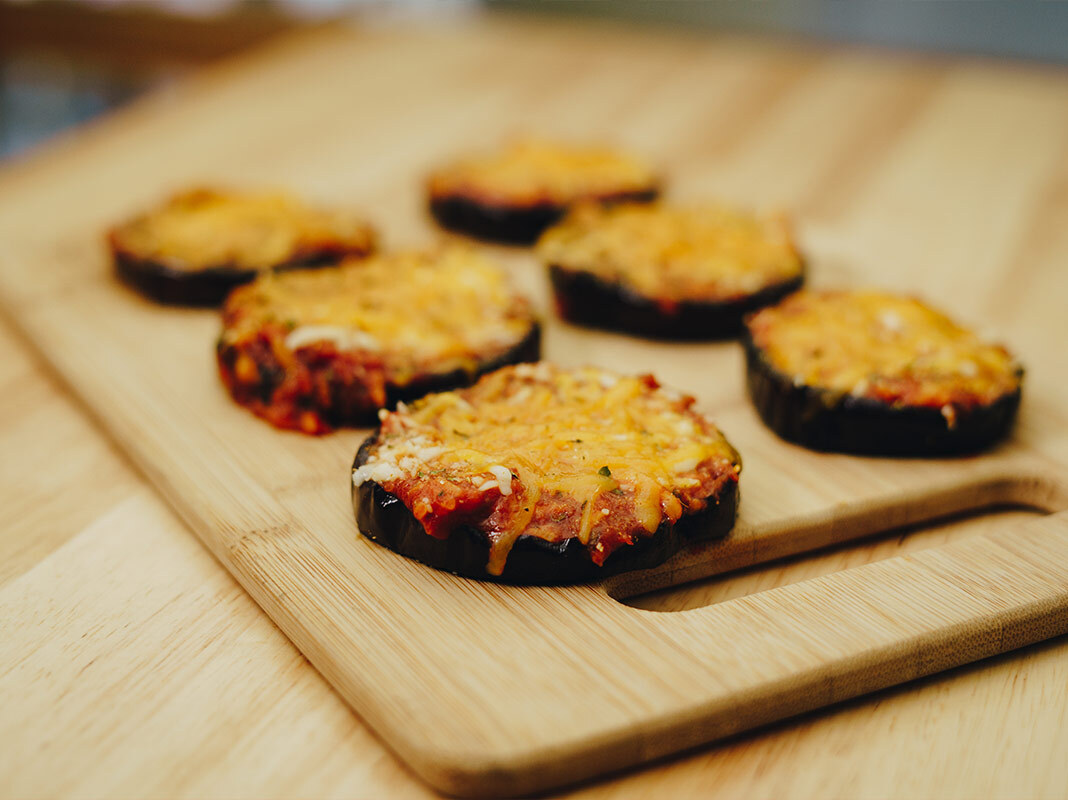 Watch out Pizza Rolls, move over Bagel Bites because these bite-size Eggplant Pizzas are taking the prize for best after school pizza snack. This recipe is nice and easy but it certainly doesn’t skimp out on flavor! You could scale these up to serve as an entree but we like them as appetizers or snacks.

Salting the eggplant is actually a historical practice. Back in days of yore, eggplants were absurdly bitter but if you salted them before cooking it helped to draw out and remove some of that bitterness. However, modern eggplants have had the bitterness bred out of them and so we must ask the question why are we salting our eggplant? Well we’re still salt eggplant to help remove some of the excess moisture trapped in there and concentrate on the flavors we do want. Additionally, it helps make the interior be soft, creamy and rich while the outside browns and crisps up.

No Pizza would be worth its salt if you couldn’t adjust its toppings to fit your preferences. Feel free to add a variety of toppings to your slices but keep in mind that the eggplant will be tender and mild. But eggplant absorbs a large amount of flavor from whatever it’s cooked with so you’re really going to pick up on a lot of the savory, herbal notes from Dan-O’s Original and some of the subtle heat from Dan-O’s Spicy. A kind of margarita pizza would be a great remix here with some chopped up tomatoes, and little mozzarella balls topped with more Dan-O’s original. It’s up to your taste to decide how you want to serve these, either original or remixed, but no matter what these Cheesy Eggplant Pizzas are gonna be in your snack rotation for a long time.