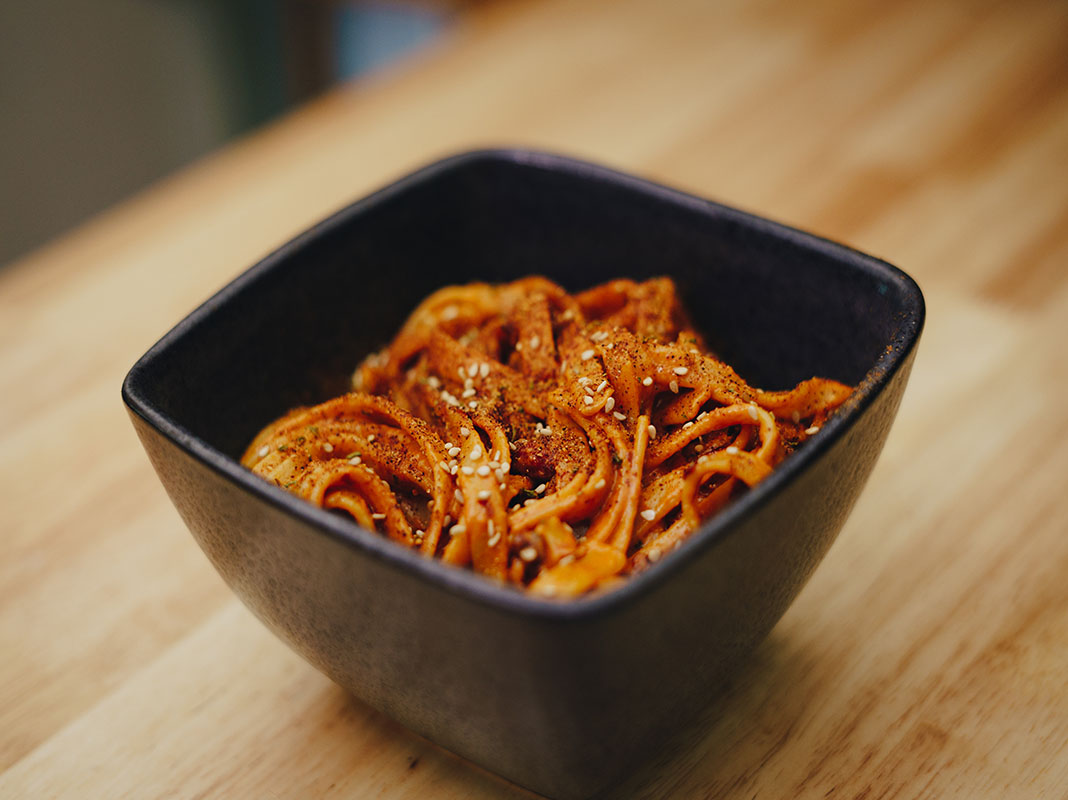 Get ready for a dish that’s going to have you saying Kěkǒu de and asking for more because these Spicy Sesame Chile Noodles sure hit the spot. These are a riff on Ma Jian Mianm, or Sesame Noodles, classic Taiwanese street food that’s been a hit for a nightcap to a late night out.

The food of Taiwan has a bright and vibrant history due to its unique geographic location and the melting pot of cultures of the residents who call it home. Obviously, China has a major influence on the food, primarily Southern Chinese cuisine. But you’ve got a melody of Han immigrants bringing their own unique flavors to the table, the influence of Japanese food from back when Japan ruled, and also the major religions, Buddhism and I-Kwan tao, bring veganism into the mix. It all comes together to create a national food scene that’s hard to point to just one thing that makes it unique.

Another major influence on Taiwanese food culture is the climate and geographic location. Taiwan is often the subject of intense typhoons and other natural disasters like earthquakes that make it difficult for most farmers to maintain a steady crop. Because of this, Taiwanese food is very season-oriented. Often means you can only get certain foods during the Summer or Winter.

Taiwan is home to one of the best street food scenes in the world!  One of the reasons that the market for street food and restaurants is so expansive is because Taiwanese homes have very tiny kitchens, often leading people to go out in search of food for the evening. A lot of the most famous dishes start on the streets, then move into designated restaurants. These Spicy Seasame Chile Noodles are one such example of that being the case. Traditionally, these noodles are served either hot or cold but are always freshly made and ready for slurping at a moment’s notice. Once you try this recipe, it’ll be easy to see why so many around the world love Spicy Sesame Chile Noodles.

Shanxi Noodles – Shanxi Noodles are noodles shaved from a giant block hoisted over the chef’s shoulder. The noodles are shaved off directly into the boiling water. Of course, you can buy prepacked pre-shaved noodles but that’s not nearly as cool

Tahini – This is a Middle Eastern condimen made from toasted grounded hulled sesame. You can find it at most international grocery stores.

Chinese Black Vinegar –This Vinegar is made from fermented black sticky rice. It’s a full-bodied, malty, complex taste that adds a lot of flavor to this dish! You can find it at most Asian grocery stores.

Dan-O’s Hot Chipotle – Low sodium, Sugar-free, and packed full of flavor. Helps give this dish a little bit of a fiery kick!

What to Serve With These Spicy Sesame Chile Noodles?

You could whip up some Sweet and Sour Pork Tenderloin to throw in these noodles. You could also stir-fry some vegetables with Dan-O’s, or maybe have some Yum-Yum Sauce on the side. You can always find inspiration in our recipes section. 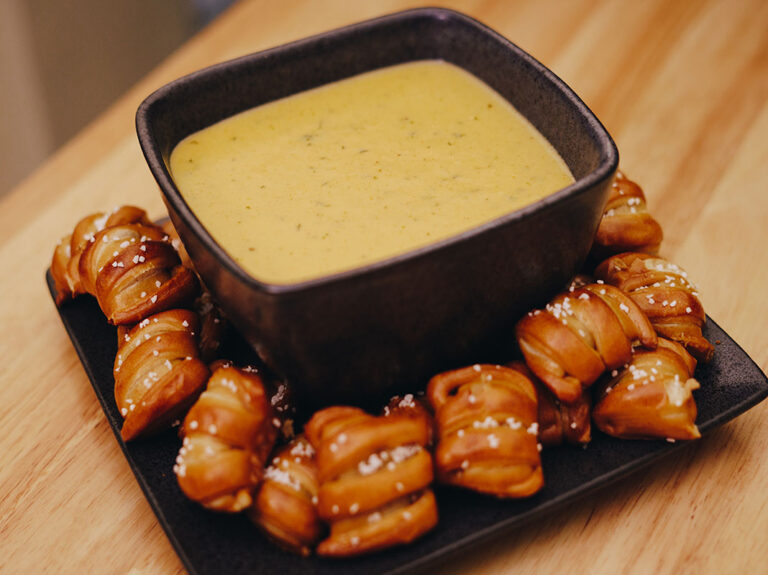