It may be cold outside but this weeknight one skillet tamale pie will keep you warm in every bite. This tamale pie offers a fiesta of flavor in every bite from creamy Dan-O’s cornbread to cheesy beef and veggies! This is an easy to throw together dinner that you can make in about an hour making it perfect for busy weeknights and the hectic holiday season.

A Tamale Tale, or a history of the Tamale

Tamale, or Tamal in Spanish, has the honorable distinction of being the first dish made from corn in Mesoamerica. We can date them back to 8000 BC. We don’t know for fact its definitive origins but many historians point the finger at the Aztecs. Tamales were a portable, protein-rich food that Aztec warriors could easily take into battle, and hunters could carry them while in the field. Traditionally, making tamales was a task delegated to women. It was a painstaking process that was part of the daily ritual, and incorporated into important religious traditions as well.

One of the most important tamale religious legends is thousands of years old. The story features Tzitzimitl, the grandmother of the ancient god Chicomexóchitl, who sacrifices her grandson and uses the meat from his body to make the first twenty tamales. Another example of tamales in religion is their feature in the Popul Vul, which is essentially the Mayans bible. The Popul Vul says that humans acquire their lasting form from corn. The legends continued over thousands of years, with tamales being offered to the gods during many religious ceremonies.

When the Spanish missionaries came to spread Catholicism, they incorporated a lot of these native traditions into their conversion process!

In addition to integrating tamales into Catholicism, the Spanish also brought over pots and pans. Tamales were originally cooked over the hot ashes of a fire but this shifted to steam cooking with the new pots. The Spanish also helped to bring new varieties of tamales by adding meat and lard to the corn delights.

Do I have to use beef for tamale pie?

Nope, you could sub in just about any protein. A good recommendation would be chorizo!

What other cheeses could I use for tamale pie?

You can use just about any melting cheese, but queso oaxaca or queso asadero would be great choices.

You can keep tamale pie in the fridge for about 4-6 days. To reheat the dish, cover it loosely with foil and heat at 350 fahrenheit till it’s warmed through.

To freeze it, cool to room temperature throw it in an airtight freezer bag or container then put it in the freezer. Thaw in the fridge overnight before reheating.

Where does tamale pie come from?

It’s thought to have come from Texas in the 1900s. It became popular in cafeterias, and then boomed in popularity again when wheat was in shortage during the world war 2 era. 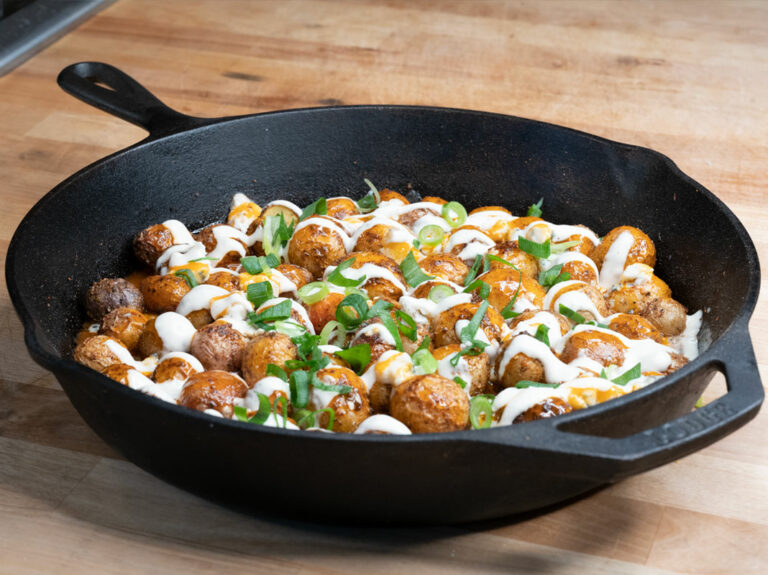