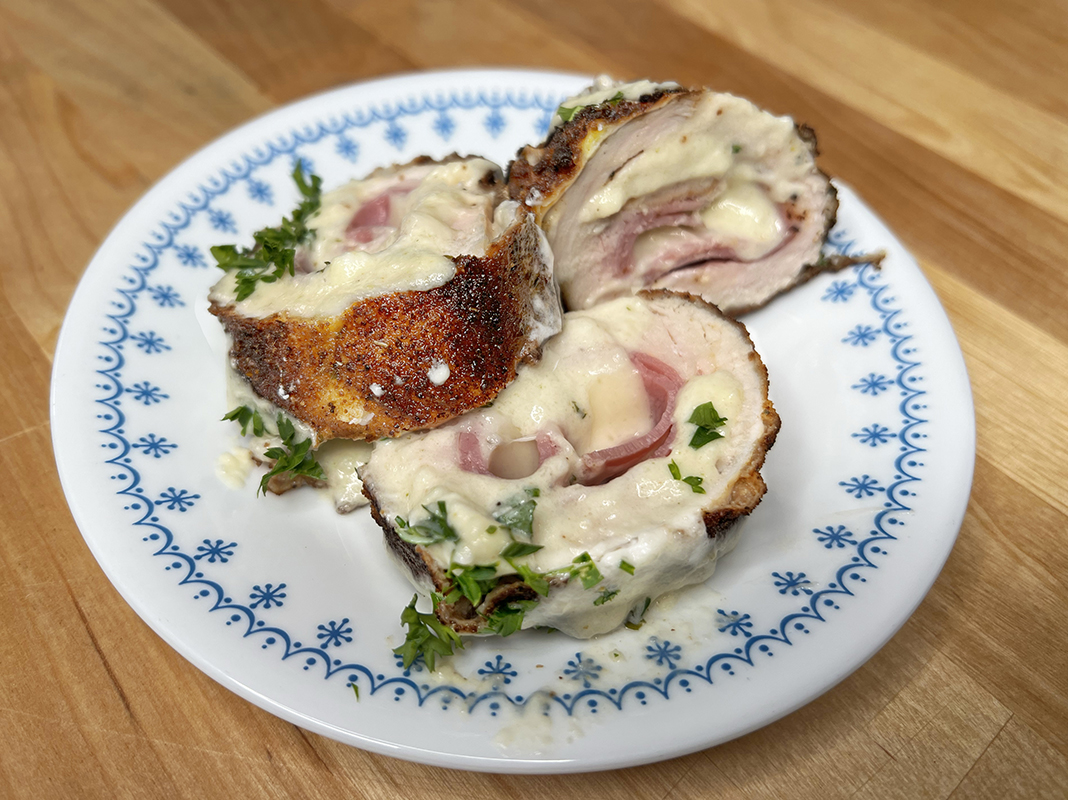 “Sacré bleu!” is what you’ll be saying after a taste of this Dan-good Chicken Cordon Bleu! Who doesn’t love fried chicken filled with ham and gooey cheese? Especially when you top it with even more cheese. This chicken cordon bleu requires a little more work than most recipes but it’s worth every ounce of effort.

The French term Cordon bleu wasn’t associated with this chicken dish orginally but rather translated as “blue ribbon”. Originally, cordon bleu was a wide blue ribbon worn by members of the highest order of knighthood, L’Ordre des chevaliers du Saint-Esprit. This order of knights were instituted by Henri the third of France in 1578. The term has since been applied to food preparation to the highest standard by awe-inspiring cooks. Why? Simply because of the similarity of the blue sash worn by the knights and the blue ribbons of a cook’s apron.

The origins of dish chicken cordon bleu can be traced back to Brig, Switzerland. It was originally a schnitzel filled with cheese created around the 1940s. It was first put into text in 1949 but the first time the name Chicken Cordon bleu was referenced was in the New York Times in 1967.  However, similar veal recipes are found back from around 1955.