A form of kale that isn’t trash. Let’s face it, most of us just don’t like kale that much. I had some leftover kale from bean soup, however, and hate wasting food… so I gave this a try! And this bacon garlic sauteed kale was born. This kale had a wonderful salty porky taste with tons of garlic and onion, and even more garlic and onion from the Dan-O’s Seasoning!

It all starts with cooked bacon, and then you sautee the veggies in the bacon grease. Add in some water and cook the kale down until it starts to soften up. That’s it! You just want to be careful not to let your kale get too mushy because that’s gross. I also julienned the onions which is great because it’s a fun word to say and I love when I get to do that in a recipe 😀

I served this bacon garlic sauteed kale recipe with my latest baked chicken tender recipe and it was right tasty. I had some sweet potato mashed potatoes as well. You’ll never think of kale the same way after this. Enjoy! 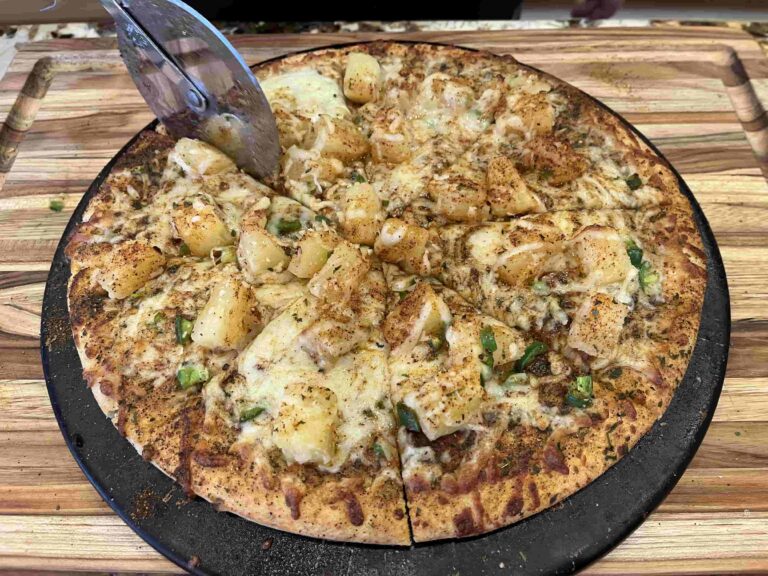