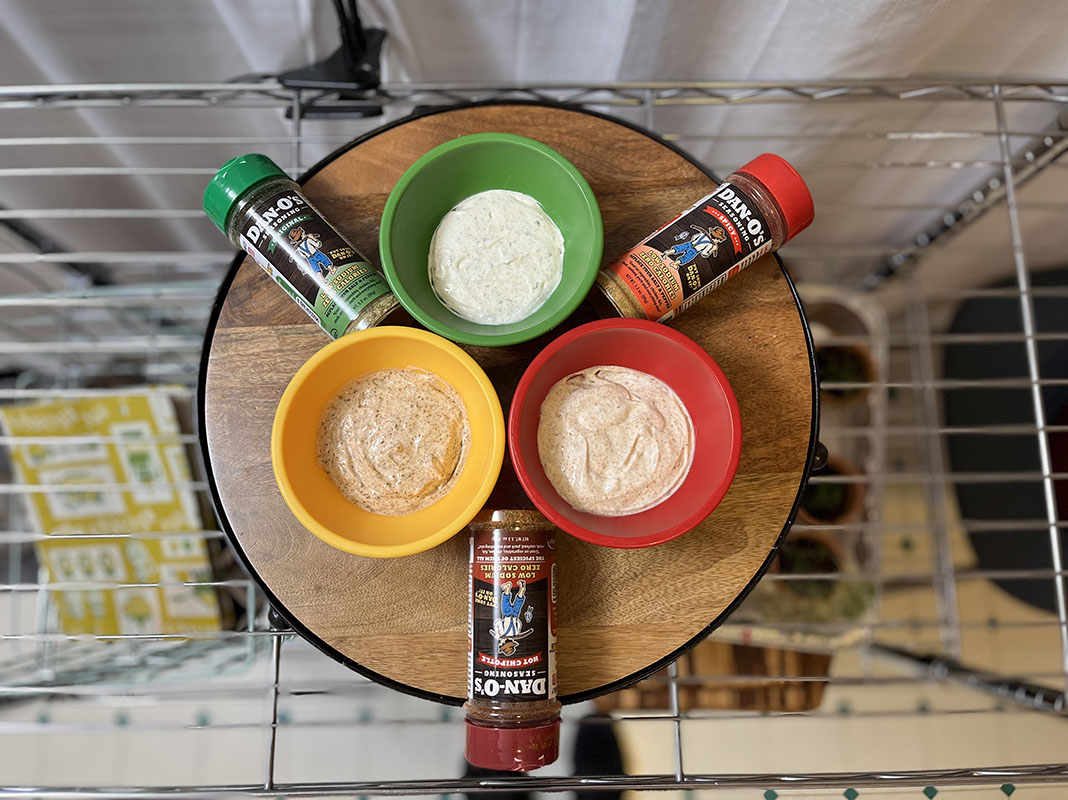 Watch out for this Triple Threat!

Get ready for a condiment triple threat with this fast and easy Aioli made three different ways! Let this recipe open the door of possibilities in your home, as we show you how to make some fast easy Aioli that goes great in a variety of roles. Some might argue that this isn’t Aioli in its purest form, and you’d be correct but that doesn’t stop it from being any less delicious!

Aioli is an emulsion of oil, egg yolks, lemon juice, and often mashed garlic. Though similar to the way Mayo is prepared, Aioli has a much stronger flavor and is actually older than Mayo. Aioli can fit a variety of roles from being used as a dip, sauce, or even just as a garnish to something.

A Brief History of Aioli

Aioli is nicknamed Beurre de Provence, or Butter of Provence, yet it isn’t exclusive to that region or even to France. It’s a popular dish throughout the Mediterranean area, where olive oil and garlic have been staples for centuries. It’s speculated that Aioli was popular in Spain where it was known as allioli before it came to France.

The earliest rendition of something we might call aioli comes from the historical records of Pliny the Elder, who wrote about a common Roman sauce of garlic and olive oil called aleatum, which is Latin for garlic. This would date aioli to be at least 2,000 years old and help explain how it diffused across Europe and North Africa through emissaries of the Roman empire. Despite its age, there was no mention of Aioli in English until the 20th century when Auguste Escoffier’s Le Guide Culinaire was translated into English.

Dan-O’s Seasoning Trio – You’re gonna need all three Dan-O’s seasonings to make each variation of this aioli! You can grab them and save a few dollars if you buy on our website or you can find a store near you using our store locator and grab ‘em there!

Mayonnaise – Either homemade or store-bought, but if you do store-bought make sure it’s high-quality mayo like Duke’s!

White Pepper – Though they come from the same plant, these are radically different from Black Pepper. White Pepper is far more mild in flavor!

Curry Powder – We used mild curry powder but if you don’t have any at home, you can mix Coriander, Cumin, Turmeric, Ginger, Dry Mustard, Black Pepper, Cinnamon, Cardamom, and Cayenne pepper. You can find exact ratios online or just blend them to your liking!

Paprika – We used Smoked, but feel free to experiment with hot or sweet to give it some flair!

What can I use Aioli for?

Aioli can be used for a variety of roles. Try it as a garnish with our Spicy Sweet-n-Sour Pork loin, or as a dip with our Air Fryer Onion Rings. You can explore more ideas via our Recipe section.