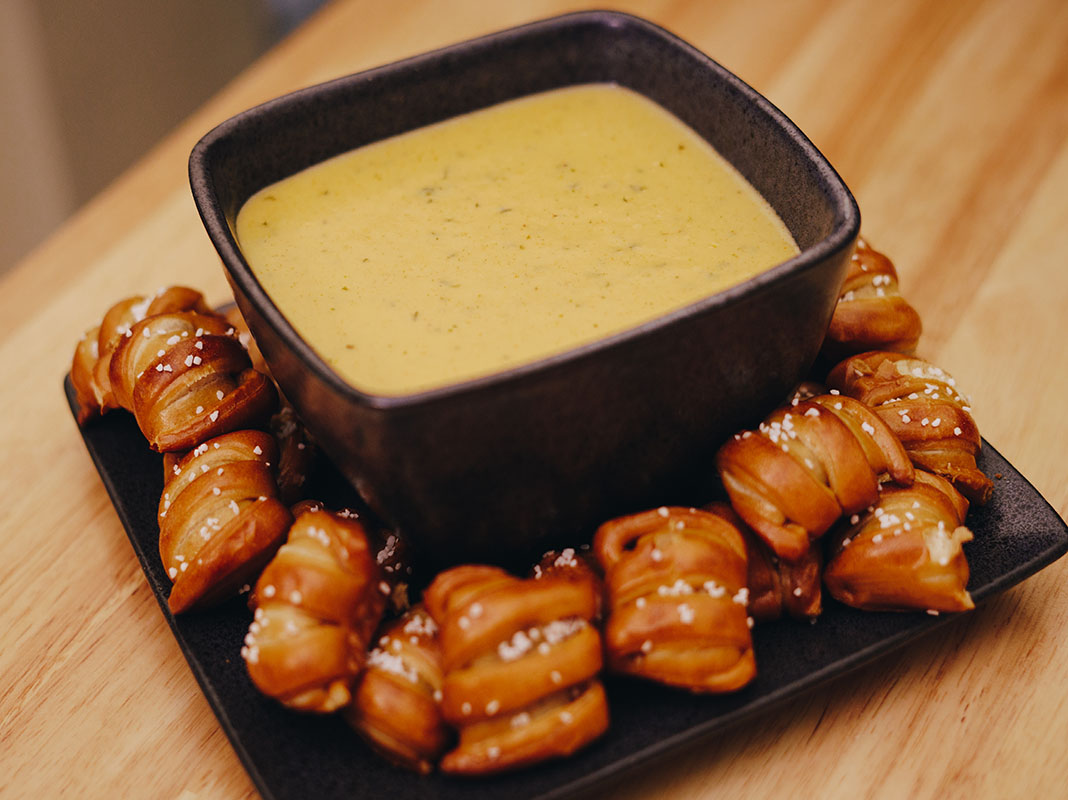 Get ready for a Kentucky classic with this delicious and quick Spicy Beer Cheese recipe! Beer cheese has been a staple of bar food, and late-night snacks for years, and it’s no wonder why. It’s simple, delicious, and fun to make! Even if you’re not an avid fan of beer, give it a try!

Beer Cheese has its origins in Kentucky, Clark County to be exact. Back in the 1940s, it was first served in a restaurant called Johnny Allman’s. John Allman credited the dish to his cousin, Joe Allman, who was a chef in Phoneix, Arizona. Joe’s southwestern influences help explain why the spread sometimes has spicy elements to it. On February 21, 2013, Kentucky Legislature declared Clark County as the birthplace of beer cheese.

Which Beer for Me?

In this modern world, you have your pick of the litter when it comes to which beer to make your Spicy Beer Cheese with. Here’s a quick guide to what different beers do to the flavors of your beer cheese.

Experiment with your favorite beers, and cheeses to make your own unique variation of beer cheese. If you want to get an idea of flavors before you make a big batch of beer cheese, do a little tasting! Try a beer with the cheese you think will be good and see how it tastes and go from there!