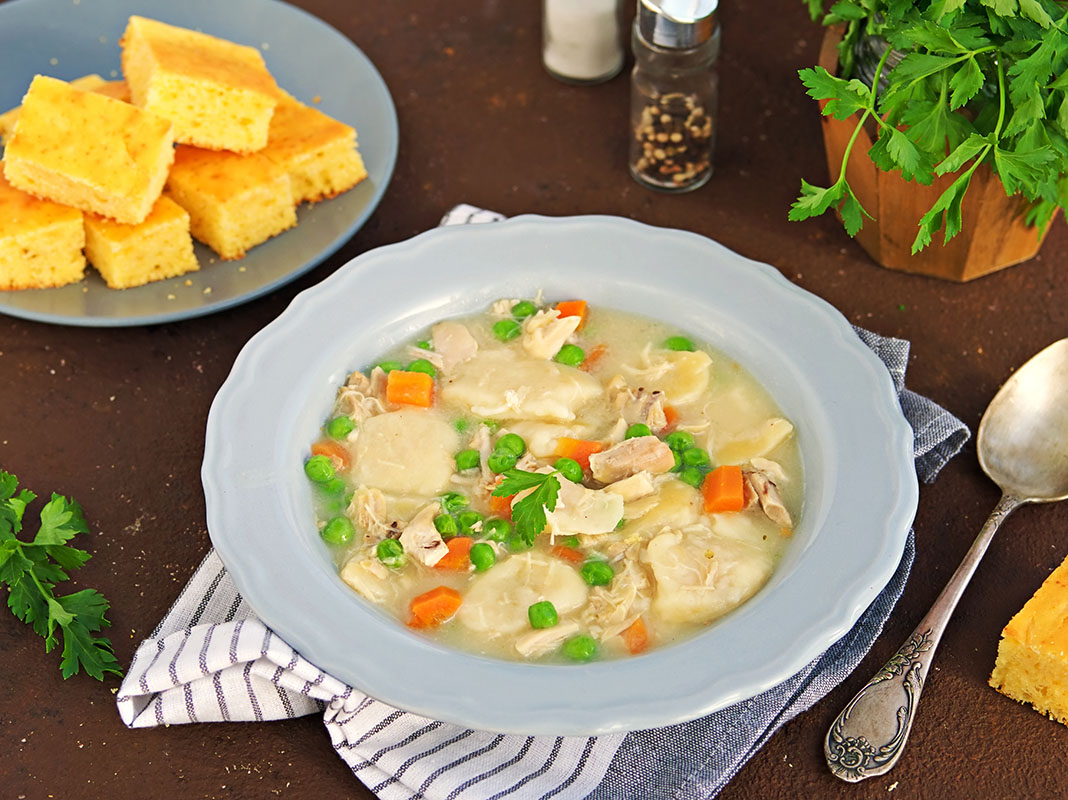 Get ready for a taste of Southern hospitality with these homemade chicken and dumplings! This thrifty dish is classic comfort food that can’t be beat. It’s a breeze to make and it makes a large pot, perfect for large family dinners or just meal prepping. We make the dumplings from scratch in this recipe but don’t that scare you, it’s as easy as pie!

History of Chicken and Dumplings

Most folks associate chicken and dumplings with the civil war and great depression and while this isn’t wrong, the real history goes further back. Our journey begins in Germany, the land of the dumpling. One of the most famous German dumpling dishes is spaetzle, which is a heavy egg dumpling typically made out of potato dumplings. In the 1820s, a large number of Germans began immigrating to the US, and they brought them a lot of their dishes. One of these dishes was chicken and dumplings. Dumplings were originally called knoedel by Germans, then became knoedela by Polish Jews.

It wouldn’t be until 1836 that we got our first meat and dumpling dish in print. Mary Randolph’s cookbook The Virigina Housewife mentions a meat and dumpling, while a few years later with Lettice Bryan’s The Kentucky Housewife makes mention of suet dumplings that are boiled with red meat. However the chicken and dumplings that we know in modern day would first be published in 1879 in Marion Cabell Tyree’s (say that 3 times fast) Housekeeping in Old Virgina. It should be noted that while most of these cookbooks give the impression that housewives were the master of chicken and dumplings, the reality is that African slaves and servants were the ones doing the heavy lifting.

Difference between Northern and Southern Dumplings