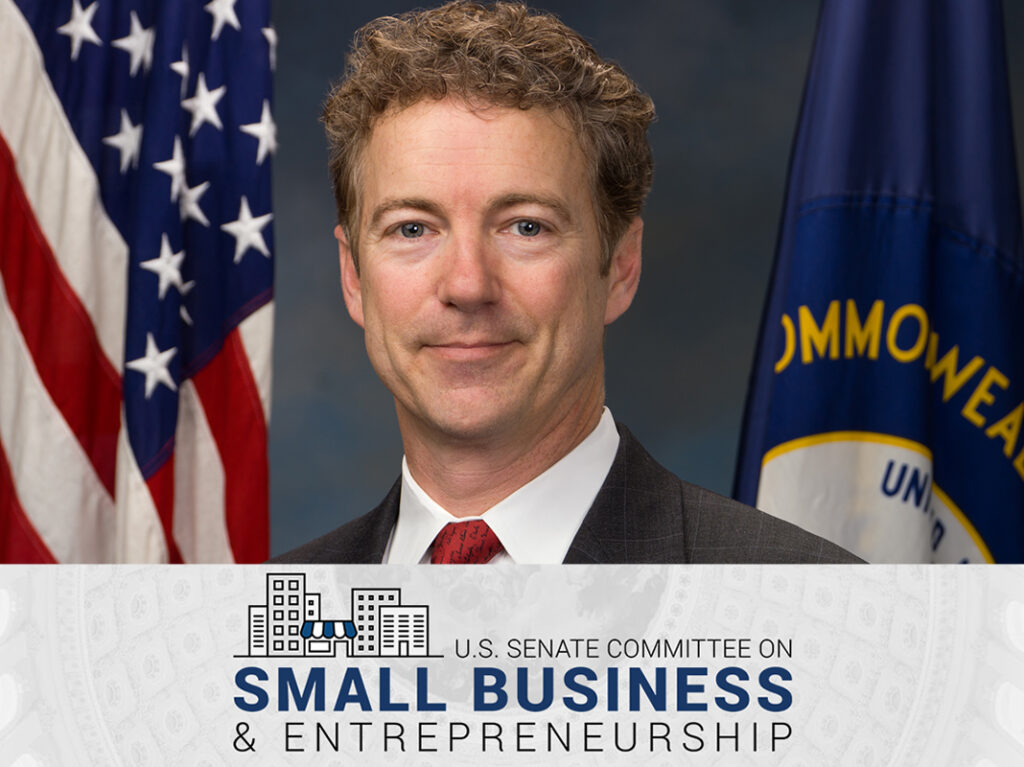 LOUISVILLE, KY – Last week, The Senate Committee on Small Business and Entrepreneurship selected Dan-O’s Seasoning as the U.S. Senate Small Business of the Week. The award was announced via a press release by Kentucky Senator Rand Paul. Each week, the committee presents the award to a U.S. business that is said to “exemplify the entrepreneurial spirit of America.” Senator Paul selected Dan-O’s Seasoning from his legislative state as one of these stewards of hard work and entrepreneurship. In his press release, Senator Paul recognized Dan-O’s Seasoning for several things that the company prides itself on. That includes giving back, innovation, and working with other small businesses and individuals across the U.S. to support domestic trade and individual dreams. The first thing that Senator Paul recognized Dan-O’s Seasoning was founder Dan Oliver’s story, which included the creation of his flagship product and the early days of his business. In addition, he recognized Oliver for his ability to overcome challenges that Covid-19 brought to his business during its last few years of growth. Also noted in the press release are Dan-O’s Seasoning’s community involvement and its recent work with several events and charities in the Louisville area. There is also mention of the sponsorships that Dan-O’s has engaged in, which includes everyone from professional to amateur athletes attempting to live out their dreams. Dan-O’s Seasoning prides itself on being an American manufacturer and supporter of U.S. trade and business. The company never outsources and is proud to offer good-paying jobs to its ever-growing team while never cutting corners on its products. So, to be recognized by a committee that oversees millions of U.S. small businesses for what Dan-O’s prides itself on is truly an honor.  When asked how he felt about being presented the award, Dan Oliver mentioned “it’s an honor. It really hit home that the hard work we’re putting in every day is having not just a local impact, but is being recognized on a national scale.” The Dan-O’s founder went on to say how much he appreciates the recognition from the senate committee and discussed how grateful he is for everyone who has helped bring his dream to life.  You can find Senator Paul’s press release on his website. For more upcoming information on this story, follow Dan-O’s Seasoning on Facebook, LinkedIn, or YouTube. 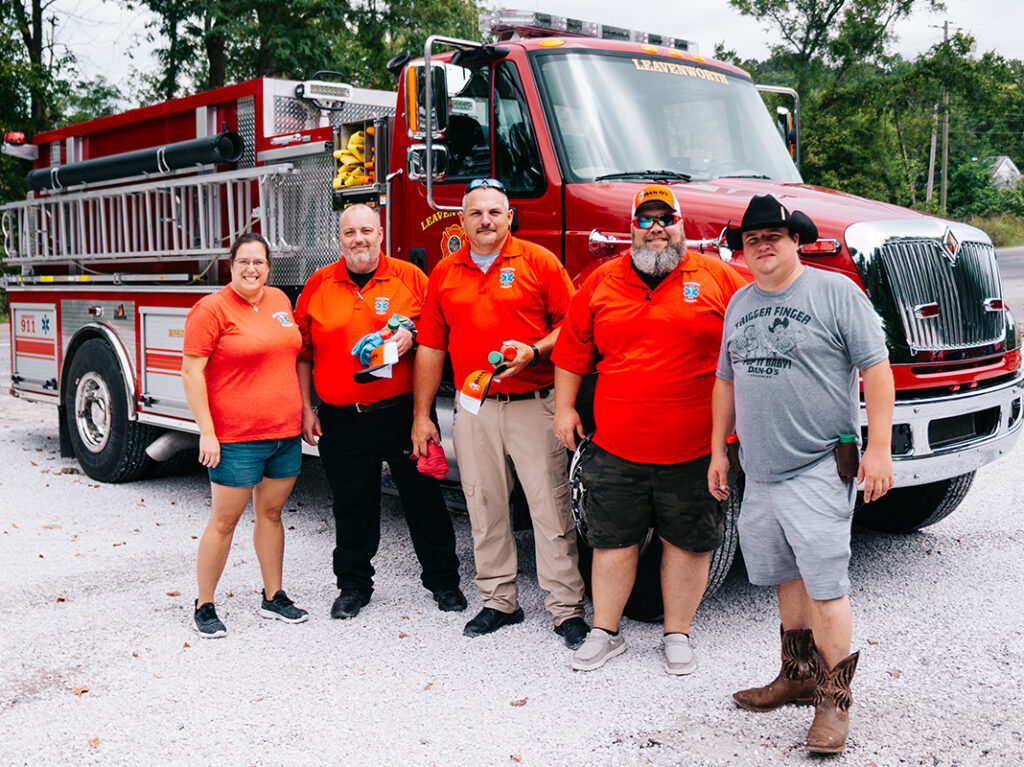 LEAVENWORTH, IN – Last month, the Dan-O’s Seasoning team had the privilege of meeting and cooking for the hard-working first responders of Crawford County, IN. The Dan-O’s team had plans of bringing the EMT crew merchandise and cooking for them, which eventually turned into a full-day event full of fun, food, and relaxation with first responders all over their county. The station that the team visited was in Leavenworth, IN, a small town roughly thirty miles down the river from Louisville, KY. Dan-O’s Seasoning was connected with the station’s EMT team after a member of the team put in a request for seasoning for a new station they just opened. EMT and Dan-O’s fan, Sam Cornett, was the person who first connected with Dan-O’s Seasoning and helped them set up the event. Sam was pleased to show Dan-O’s their new station, which they had just moved into a few weeks prior. Being the first big cookout at their new station, the Dan-O’s Seasoning team did its due diligence to provide a Dan-Good selection of food and a lot of it. The food included Toothpick’s smoked pork tenderloin with horseradish sauce, Chuck’s jalapeno queso mac and cheese, ham and Dan-O’s green beans, and several other sides. Throughout the day, 15 or so first responders came by to grab a plate or unwind; that included EMTs, police officers, and firefighters. The food items were a big hit with everyone who tried then, and many friends and family members stopped in throughout the day to grab a meal. The Dan-O’s team brought hats, seasoning bottles, and shirts for each full-time member of the department, with a few extras to keep around the station. Since the Dan-O’s Seasoning supplied most of the food for the event, the local first responders were sure to supply some of the fun. They brought in a firetruck allowing Toothpick to climb up it and shoot the water hose, fulfilling a childhood dream of many. A few members of the department are active on social media, in case you’d like to get acquainted or follow members of the extended Dan-O’s family. Those are Sam Cornett (EMT_Slammy) and Jared Conrad (hoosier_fishin_n_grillin). The Dan-O’s team would like to thank the Crawford County EMT team for allowing Dan-O’s to cook for those dedicated to serving their community. And congratulations on the new station! 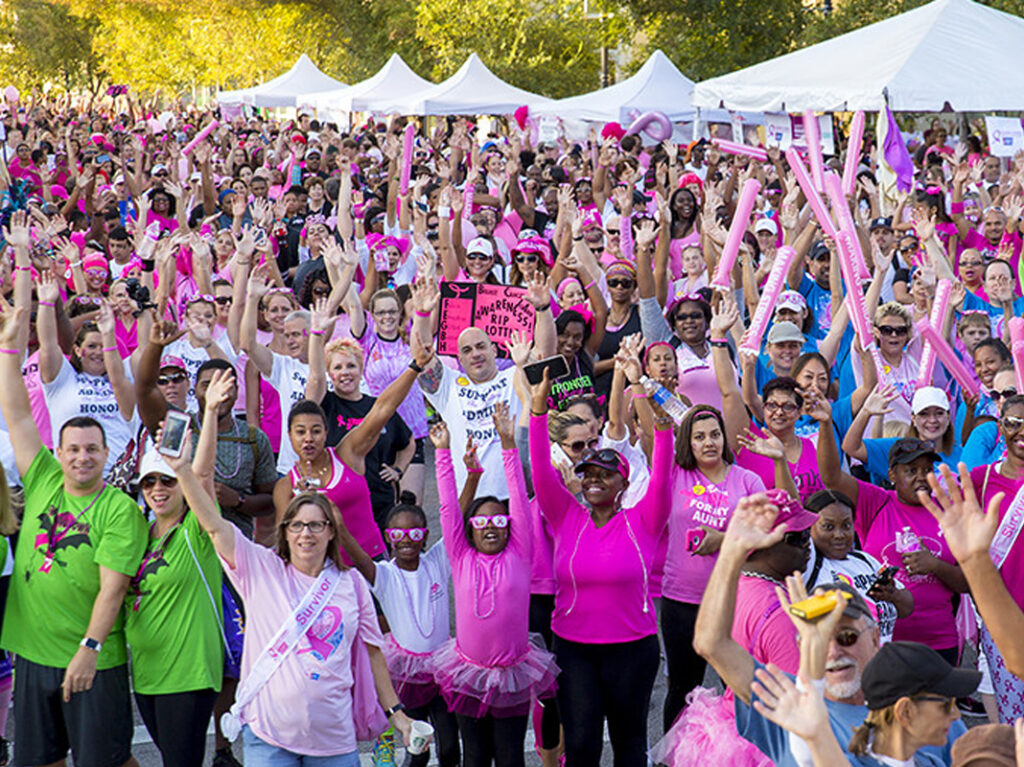 As part of its October partnership with the American Cancer Society, Dan-O’s is taking part in the Making Strides Against Breast Cancer Walk in Louisville, KY.