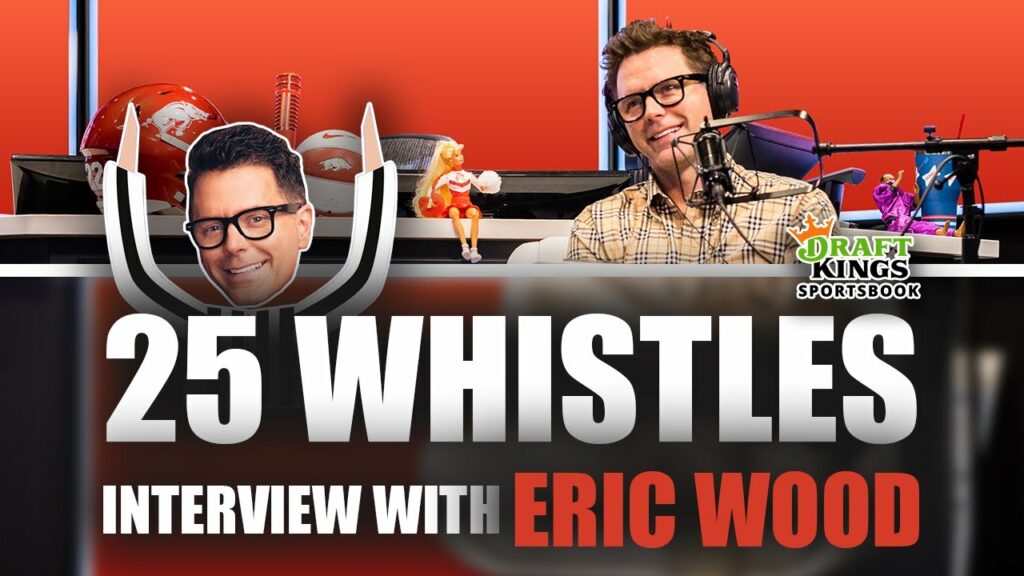 Eric Wood spices up the conversation on 25 Whistles with Bobby Bones!

Louisville, KY – Eric Wood was recently invited to be a guest on 25 Whistles with Bobby Bones where he spiced up the conversation by talking about his experience with Dan-O’s seasoning.. Eric and Bobby spent time talking about Eric’s transition out of the NFL, lessons he’s learned throughout his incredible life journey, and how his partnership with Dan-O’s Seasoning has grown from investment into family. 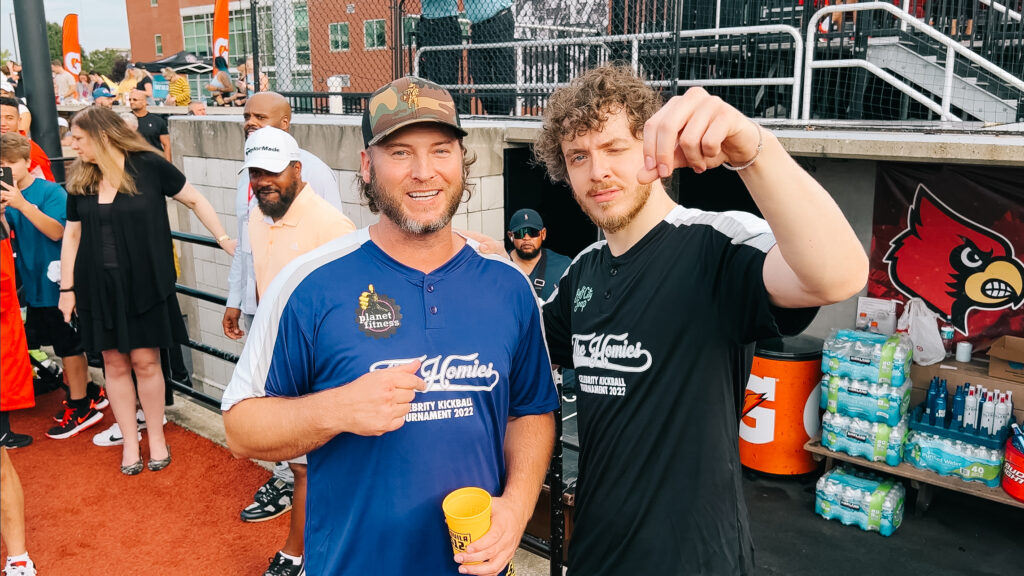 Louisville, KY – Dan-O’s recently kicked it back with the Homies when Dan-O’s own Dan Oliver participated in the 3rd Annual Celebrity Kickball Tournament. Best in Field! Dan-O’s Kicks Off a Partnership with Louisville City FC!

Louisville, KY – Get ready for an action-packed season(ing) as Dan-O’s sponsors Louisville City FC in the 2022 Season! This strategic partnership brings together two Louisville legends as they celebrate the competitive edge that being an underdog provides. Louisville City started playing in 2015, and as a member of the fully professional USL Championship, they’ve seen great successes. Winning back-to-back USL Cup Final Victories in 2017 and 2018. Indianapolis, IN – This past weekend, Ben Rhodes raced to the finish in the TSport200 at Lucas Oil Indianapolis Raceway Park (Lucas Oil IRP) in his No. 99 Dan-O’s Toyota Tundra TRD. We are so excited to announce that Dan-O’s is going to be back at the racetrack this year! This time around we are partnering with one of the hottest young drivers in the NASCAR Camping World Truck Series, Ben Rhodes. Rhodes is coming off an exciting 2021 racing season in which he won the NASCAR Camping World Truck Series Championship at just 24 years old.  On Friday, July 29, Rhodes’ No. 99 Toyota Tundra TRD Pro will be decorated with a full Dan-O’s paint scheme for the TSport 200 presented by Crescent Tools at Lucas Oil Indianapolis Raceway Park. This is not only an exciting event for both Dan-O’s and Rhodes, but also for NASCAR fans everywhere. This race marks NASCAR Camping World Truck Series’ first return to the track since 2011. The TSport 200 will also serve as the opening round of the 2022 NASCAR Camping World Truck Series Playoffs. “This is such an awesome opportunity to be teaming up with a Champion NASCAR driver!” said company founder, Dan Oliver. “We love his energy and we couldn’t be more excited to have a proud Kentuckian, like Ben, representing us at Indianapolis.” https://www.youtube.com/watch?v=OnzMa8YpmrQ At Dan-O’s we are a proud Kentucky company. Oliver was born and raised in this state and he can credit a lot of his early success due to the help of his fellow Kentuckians. This is why it is so important to us to collaborate and support people in our community. In years past, we’ve worked with proud Kentuckians such as former local college and pro football star Eric Wood and the Louisville Cardinal’s standout Tight End, Marshon Ford. So when the opportunity arose to partner with Ben Rhodes, also a Louisville, KY native, we had to take advantage of it. “Partnering with Dan-O’s for my new home race is fantastic. With Dan-O’s also being from Louisville, Kentucky it seems like a great match,” said Ben Rhodes. “I’ve been a fan of Dan-O’s for quite some time so seeing them on the truck is cool. Also, getting to know Dan and his team has been a lot of fun over the weeks leading up to this race. They all have so much energy to share with the sport and not to mention an amazing product.” Stay tuned to our social channels and Youtube to see the full unveiling of the truck. Also, if you want to see this Dan-O’s truck in person, grab your tickets to the race now or watch it on FOX Sports 1 on July 29th at 9:00 PM ET. Louisville, Kentucky – Dan-O’s is proud to have sponsored the Second-Annual Tee Up Fore the Cause Golf Tournament on June 27th at the Hurstbourne Country Club. This tournament was in benefit of the Kids Cancer Alliance and was hosted by former NFL Pro Bowler & UofL star Eric Wood, Former NFL Quarterback & UofL Star Chris Redman, Local Entrepreneur Joey Wagner, and Dan-O’s Own Dan Oliver. 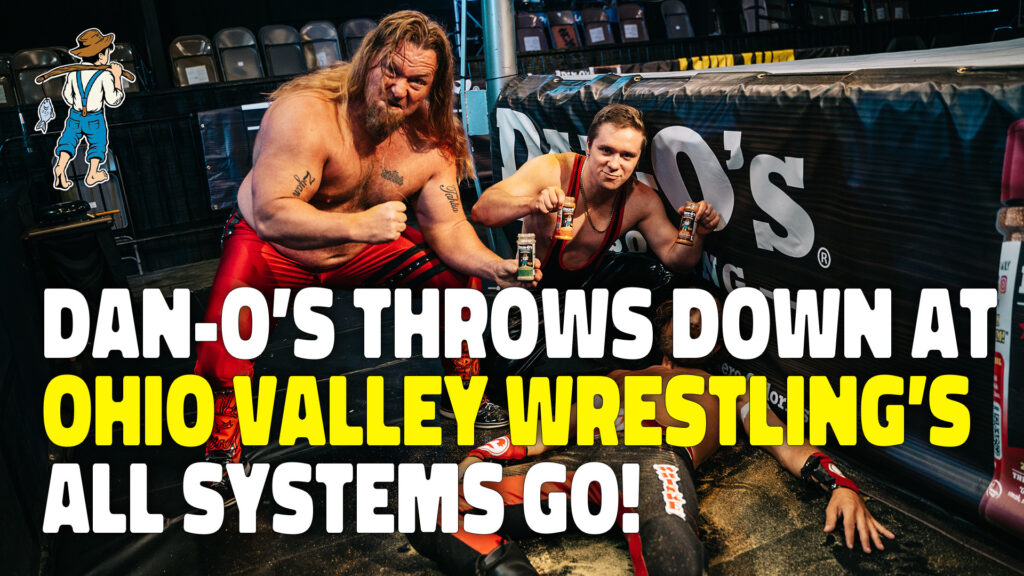 Dan-O’s Throws Down at Ohio Valley Wrestling’s All Systems Go!

Louisville, KY – Ring the bell, because Dan-O’s threw down in the ring on June 2nd at Ohio Valley Wrestling’s All Systems Go! This once-in-a-lifetime event had Reigning Champions and challengers alike throwing down to see who was worthy of the title.  Dan-O’s own Dan Oliver and Toothpick Timmy were live at the event and even getting in on the action! 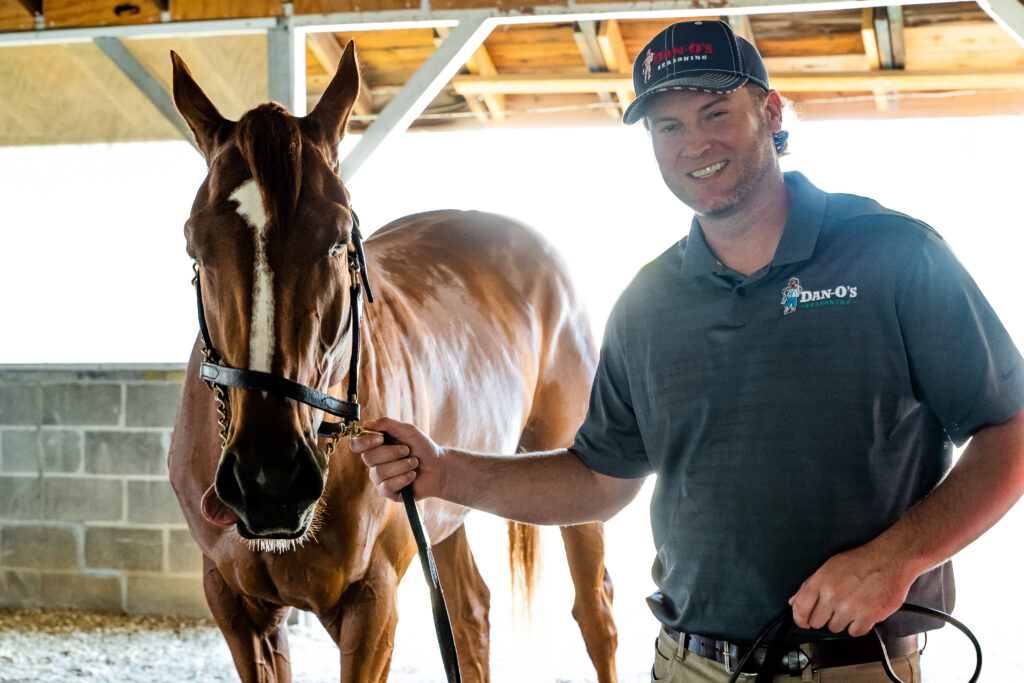 Louisville, KY – When Kentucky Derby winner Rich Strike races at the Belmont Stakes Saturday, he’ll be backed by another underdog success story from the Bluegrass: Dan-O’s Seasoning. The fast-growing, Louisville-based brand will serve as the exclusive sponsor for Rich Strike, the company announced today. Dan-O’s own Dan Oliver got to sit with Rich Strike and his trainer Eric Reed to discuss why Rich didn’t run in the 2022 Preakness Stakes and learn what’s next for the Kentucky Derby winner.