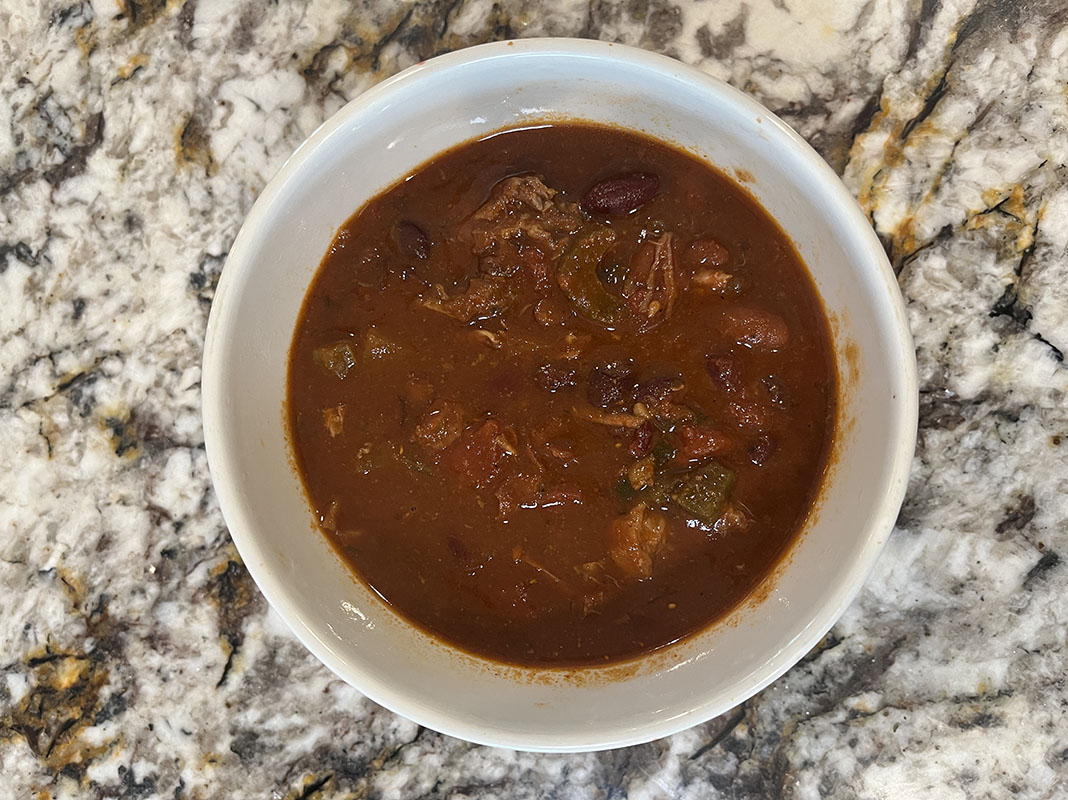 Saddle up to the campsite cowfolks, we’re gonna gather around the fire tonight with a hearty bowl of Director Drew’s Ribeye chili. It’s got enough of a spicy kick to help keep the cool night’s air from getting too chilly, and it’s hearty enough that one bowl will keep you full till morning time feed comes around.

You may think we’re searing these ribeyes to help lock in moisture to create a juicer steak in the chili, but that’s actually a myth. That’s not to say you should skip this step, no sire. Searing these is still doing an important job! Through a process called the Maillard reaction, which is basically a reaction between sugars and proteins that occurs upon heating and produces browning of food, searing creates a crust on the ribeyes giving them texture and flavor. The textures and flavor from searing will still come through even when we eventually shred the ribeye in the end.

Break away from the herd

Here’s the thing about chili: no two people make it the same way. Even though we’re all here reading the same recipe, you’re bound to add a little more of this or a little less of that, because chili is more of an art than a precise science. If you’re unsure of what to add or remove, taste the chili and it’ll most likely come to you. If you’re still unsure, then here’s some suggestions on what to add.

Wanna kick up the spice? Add some hot sauce or jalapeños. I like them pickled personally. Wanna reduce the heat? Add a few potatoes to the pot or when you’re serving it add some sour cream or cheese. Wanna give it some funky fresh flavors? Add some balsamic or red wine vinegar. Try a hint of Worcestershire, tamari or pickling liquid. Of course, you could always do it like my Mamaw and stir in a little bit of molasses to give a little smoky, bittersweet flavor. No matter how you end up whipping up this delicious ribeye chili, it’s bound to become a staple at your ranch.