Hola Amigo! We’re heading south towards the border to fuse together tex-mex with classic Mexican to make a Tomatillo sauce that’ll have you begging for more. This Tomatillo Sauce has its roots closest to Salsa Verde but this is a little smoother and liquidy than sala. This sauce is the perfect topping for a big burrito or even some enchiladas. You can coat Dan near anything with this sauce to give it a kick of heat, and a ton of flavor!

You may look at a tomatillo and just think it’s a green tomato but that’s far from the truth. The tomatillo, or the Mexican ground cherry, is a native plant to Mexico and Central America. It’s been an important food crop for millennia, and has a variety of uses. From being eaten raw to soups, or even jams and chutneys, Tomatillo is one versatile fruit. The most popular use of the Tomatillo is salsa verde, a green sauce that’s a popular condiment on foods.

It’s believed that the Tomatillo was first domesticated by the Aztecs in Central Mexico around 800 BCE, and was an important food crop to many in Mesoamerica, like the Mayans. The name tomatillo, which means “little tomato” in Spanish, comes from the Nahuatl word tomatl. With the Spanish conquests of Mexico and Central America in the 1500s, the plant was taken back to Spain but proved less popular than the tomato and didn’t stick around. In the 1950s, tomatillos were introduced to India. Tomatillos quickly became incorporated into a number of traditional Indian dishes and became a fast growing crop to the region. Most commercial production comes from Mexico and Guatemala, but it’s also grown in the US, AUstralia, and South Africa. It’s considered an invasive species in some parts of the United States.

Next time you’re in the mood for a refreshing sauce to go with your meal, try out this Tomatillo Sauce! 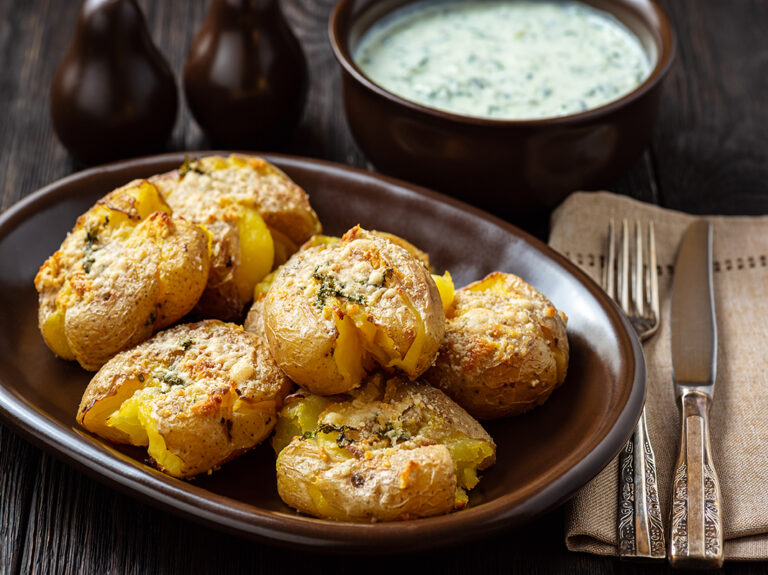