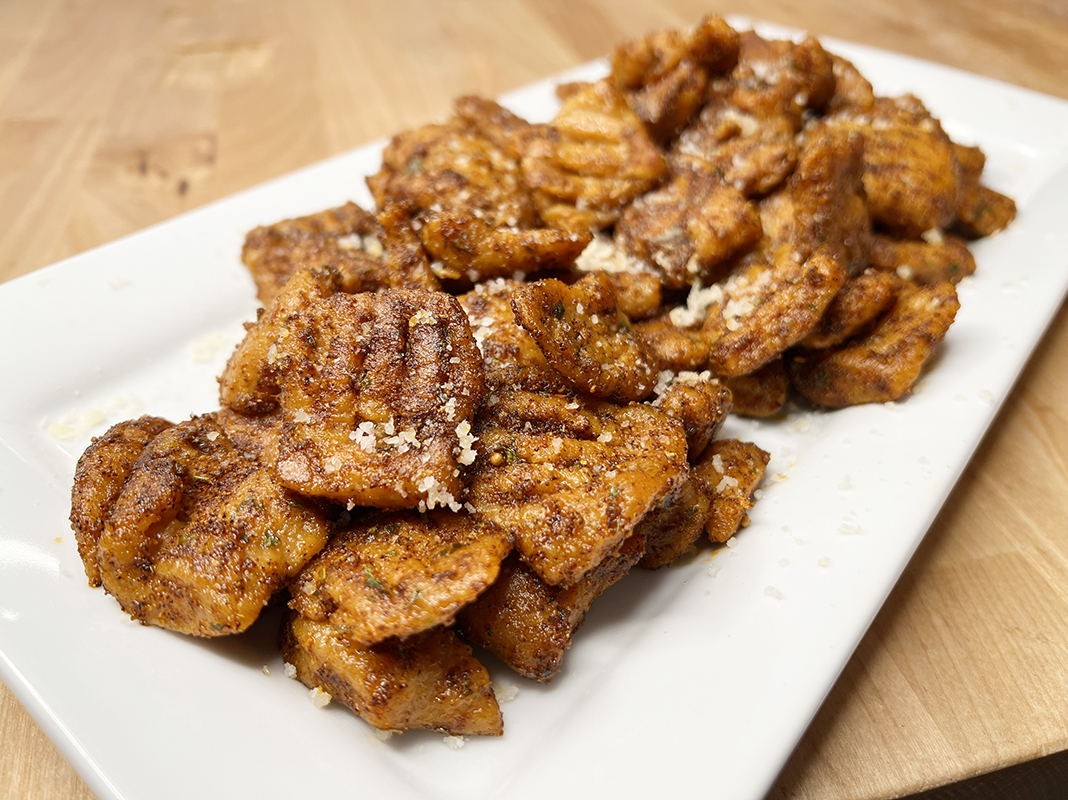 Buon pomeriggio! Today’s recipe is fresh from Northern Italy with a southern twist, that’s right we’re making sweet potato gnocchi! Gnocchi is a fast and easy dumpling that can be whipped up fast and served in a variety of dishes depending on your needs. All you’re gonna need is a large sweet potato, one large egg, approximately 3 cups of flour, some Dan-O’s (we used Chipotle), and some butter!

You may wonder what gnocchi is, which is a good question. Gnocchi is a family of dumplings in Italy. They’re typically small lumps of dough that look kinda like pasta shells. They’re most commonly boiled in water and then served with sauces just like pasta. An ever-popular first course, or primo piatto, can also be served as the main course. Sometimes gnocchi has additives like cheese or herbs like sage in the dough but that’s not really a common feature.

The word gnocchi is believed to be derived from the Italian word nocchio, which translates to a knot in the wood. It could also come from nocca, which means knuckle. We know that it’s been a popular dish since the Romans, and was introduced to the Roman legions during the Roman empire’s expansion into Europe. After potatoes were introduced to Europe, they eventually became incorporated into many gnocchi recipes. Potato gnocchi is most popular in the northern regions of Italy!