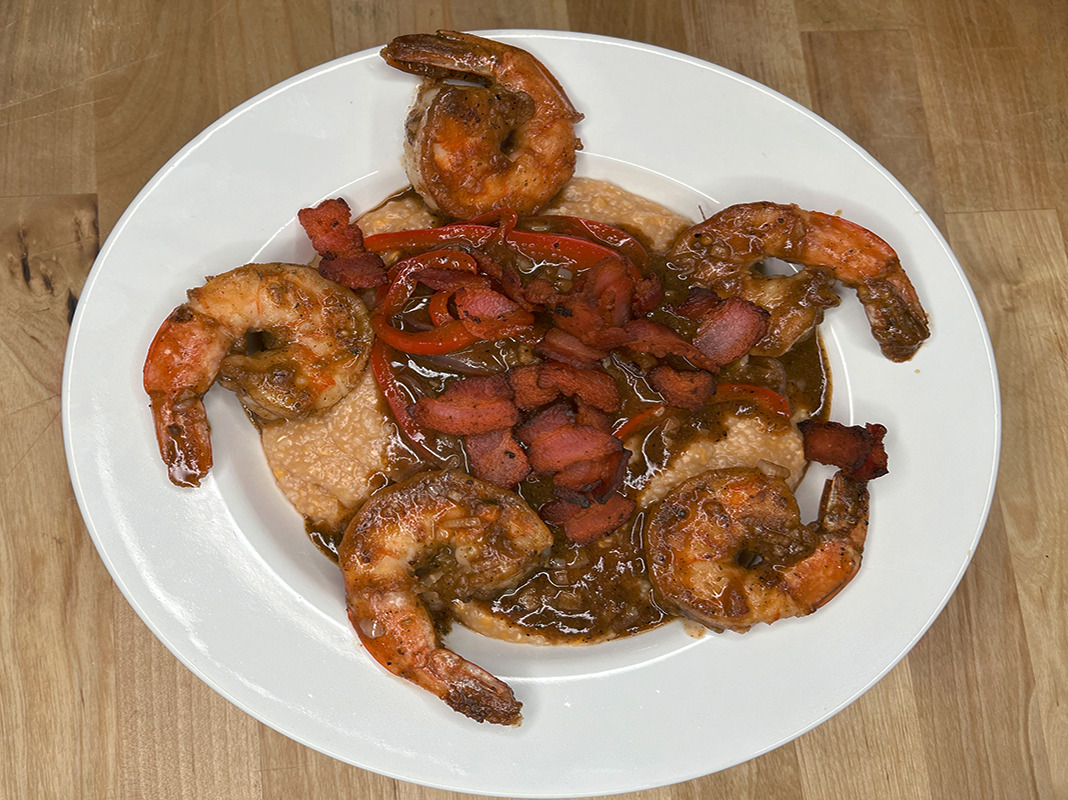 A taste of lowcountry

Empty headingWe’re servin’ up some fresh Southern Cusine today with this Shrimp and Grits recipe that’s sure to capture your imagination and tastebuds. Traditionally, Shrimp and Grits was a breakfast item but this is a Dan-Good meal for any time of the day!

Now throw your hands in the air, and wave ‘em like you just don’t care, and if you like shrimp and grits, and all the Dan-O’s stuff, everybody let me hear you say “O-Yea-Yer”

Now Shrimp and Grits is a classic Southern dish and really embodies the history of America. Originally, Shrimp and Grits was an African dish of ground maize, and shellfish. Shrimp and Grits came with the Enslaved Africans across the transatlantic slave route into the American South. The Africans were quick to adjust to American Maize, which while different still offered the same grain they were accustomed to. The dish was traditionally served as a breakfast item and defused from the enslaved Africans to fisherman of the Lowcountry who needed a simple one-pot ration to make when out fishing.

It was never really a restaurant staple, at least not at that time. The recipe first appeared in syndicated writing in 1891 in the Louisiana Review but wouldn’t be featured in a cookbook till the Charleston cookbook, Two hundred Years of Charleston cooking by Blanche S. Rhett in 1930. The recipe known as “Shrimps and hominy” at the time was credited to Rhett’s African-American butler, William Deas. Deas was around 78 at the time and claimed to have eaten the dish for breakfast every morning for as long as he can remember.

Over the years, Shrimp & Grits became more and more popular, capturing the imaginations of home cooks and chefs alike, and evolved into the dish we know today.