Everything Comes Together as Dan-O’s Celebrates the release of Dan-O’s Everything Bagel at Highland Morning!

Louisville, KY - On August 31st, Everything came together for the perfect time as Dan-O’s celebrated the release of their latest seasoning, Dan-O’s Everything Bagel! To mark the occasion, the Dan fam and guests came back to where it all started: Highland Morning in Louisville, Kentucky.

Louisville, KY – On August 31st, Everything came together for the perfect time as Dan-O’s celebrated the release of their latest seasoning, Dan-O’s Everything Bagel! To mark the occasion, the Dan fam and guests came back to where it all started: Highland Morning in Louisville, Kentucky.

In an interview with WHAS-AM Radio on August 26, Dan Oliver, the founder of Dan-O’s Seasoning, and Highland Morning owner Michael Coe reunited to speak with host Terry Meiners about the launch party and discuss the origins of Dan-O’s. “Mike and I have been friends since high school.” Oliver shared, “When I used to package the original product, I did it at Highland Morning. So, that’s where Dan-O’s Started.” In response, Terry told Michael that he should place a sign outside of Highland Morning stating, “Highland Morning: the birthplace of Dan-O’s.”

The night was full of friends, food, drink, and surprises. As Michael came from the kitchen to do a toast, and announce a special surprise. Making an impactful speech about the friendship Dan and Michael have shared over the years, and the wonderful working relationship between the two, it only made sense for Michael to honor Dan with his own portrait to be featured along with other famous Louisville natives that adorn the walls of Highland morning.

The night was a success, and the celebration was well earned as Dan-O’s Everything Bagel quickly became a favorite for new and returning customers. “I’d never heard of Dan-O’s before tonight, my friend dragged me out but I’m glad they did! This is some of the best seasonings I’ve ever had!” shared one guest. Another claimed that it’ll be a go-to for years to come.

Dan-O’s Everything Bagel Seasoning is available for purchase on the Dan-O’s website and Amazon.  We’d like to thank Highland Morning for hosting us and for our continued partnership. You can visit them at either their St. Matthews or Bardstown Road location. You can learn more about their story on their website, highlandmorning.org/ Nothing Cold Blooded About This Partnership! Dan-O’s and the Limp Lizard Bar & Grill Wing it at the National Buffalo Wing Festival! 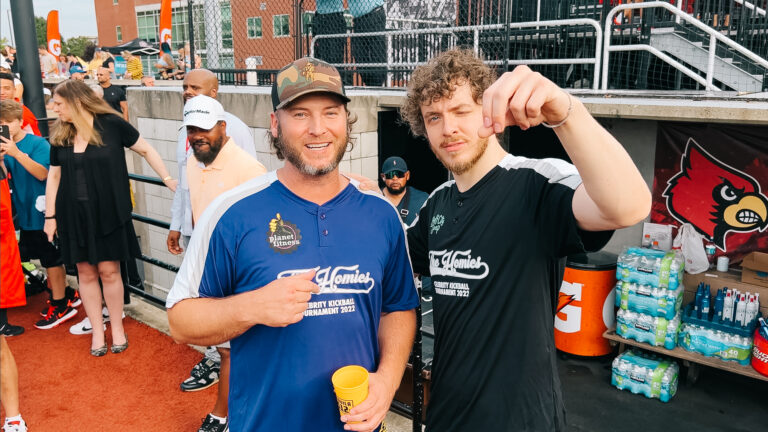