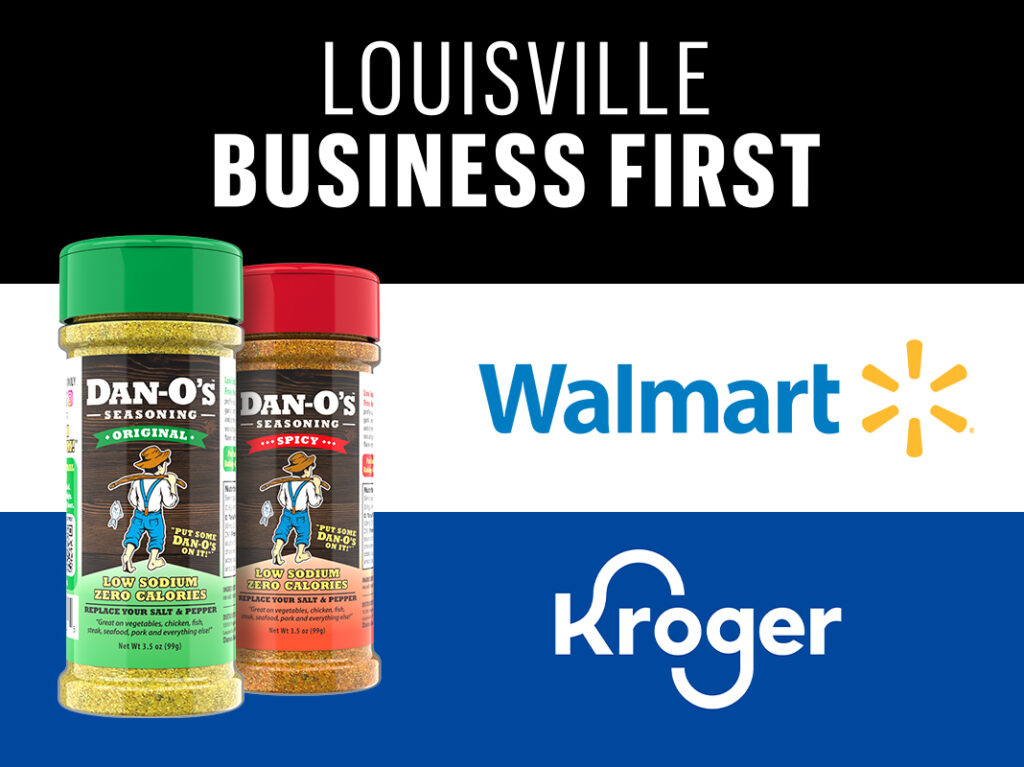 Louisville,KY - Dan-O’s was recently covered by AP Newswire who highlighted the brand’s success with TikTok, and the expanded distribution deal with Walmart Inc and The Kroger Co.

Louisville, KY – Dan-O’s recent retail expansion with Kroger and Walmart was recently covered by Louisville Business First. The article highlights Dan-O’s founder Dan Oliver’s  success with tik-tok, the expansion deal with Walmart Inc. and The Kroger Co., the company’s growth, and teaming up with Eric Woods.

The article highlights how in March, Dan-O’s was in roughly 1,300 stores but starting in April that number will jump to 7,800 stores. An 6,000% increase in retail since the start of the pandemic thanks to expanded distribution deals with Walmart Inc. and The Kroger Co., two of the nation’s largest grocery chains.

The expanded retail distribution comes from the success of Dan-O’s “Plan B” pandemic marketing strategy, where Dan Oliver began posting recipes on TIktok. Quickly amassing more than a million followers in under a year, and currently at 2.3 million followers with one billion views under the hashtag #danosseasoning.

“It’s crazy how our ‘Plan B’ pandemic marketing strategy resonated with so many people,” Oliver said in the release. “Social media was one of the only ways to get in front of folks for a while and, once they were able to try Dan-O’s, the quality spoke for itself. Like I always say, you don’t know ‘til you Dan-O.”

The article makes sure to highlight how Dan-O’s was not an overnight success, starting in 2016 with an original sales strategy of Trade shows. Only when the Covid-19 pandemic hit, did Dan Oliver pivot to TIkTok,

Dan Oliver attributes the brand’s success to authenticity. “I think people respond to our authenticity. We’re not trying to be slick or gimmicky, we just are who we are — all-natural, like our product.”

Dan-O’s can be found in every Walmart and Kroger store nationwide, while also landing at all 219 BJ’S Wholesale Club locations in addition to Raley’s Supermarkets and more than a dozen other retailers, with additional distribution deals in the works.

The article also points out how the company has grown from only having Dan Oliver as the only full time employee in 2020, to having over 60 full-time employees in the company. In addition, to the Dan-O’s team up with Eric Wood, former University of Louisville and Buffalo Bills center, as an investor and strategic partner. Wood is helping assist with Dan-O’s continued expansion across the U.S. and internationally by increasing brand awareness and growing strategic partnerships.

We would like to thank Louisville Business First for it’s coverage of the company as it continues to grow and become a staple in households across america.