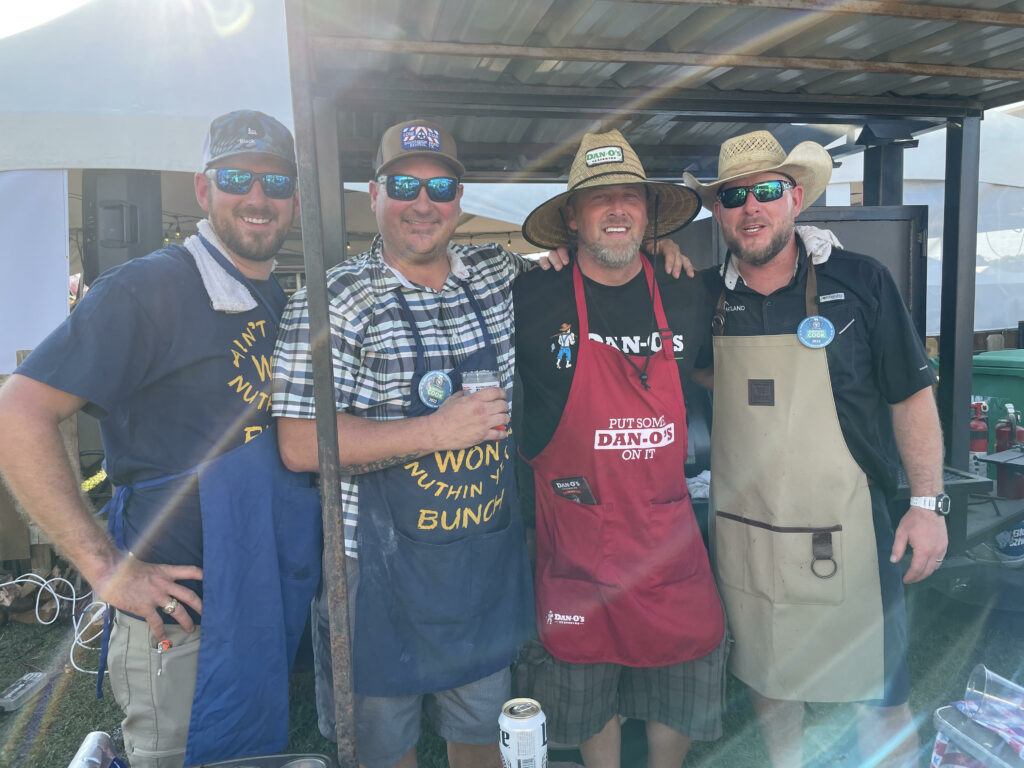 Houston, TX – For 38 years, Dan-O’s very own flavor slanger Derek A.’s family has participated in the Montgomery County BBQ festival in Houston. It all started with Derek’s Uncle, who along with some of his pilot buddies, used the event as an excuse to get together, make some BBQ, have a beer and catch up. Competition was never a priority for the OG group Dubbing themselves the “Ain’t Never Won Nothing Yet Bunch”. But as the years rolled by and new generations started to participate in the tradition, competing started to sound appealing.

“All of us never guys have a passion for cooking and competition” Derek shares but it wasn’t just a combination of passion that got the new generation into gear but a common goal of getting the name changed. Derek’s uncle agreed they could change the name on one condition: They gotta win something. The “bunch” decided to focus on ribs this year facing off against 140+ other competitors all for the chance of the
title. But they didn’t have the latest and greatest equipment, they had a 10 year old pit with one glaring issue. The pit had trouble regulating its heat, which in a competition where consistency and heat changes can make a huge difference in the final product, was a huge challenge for the “Bunch”.

But the “bunch” rose to the occasion and for the first time in 38 years, they placed 9th in Ribs overall.  Derek states their secret rub was a mixture of OG Dan-O’s, spicy Dan-O’s and a finish of rib candy. “Dan-O’s in my opinion was a big reason why we placed in ribs this year. The unique flavor of Rosemary, Cumin, and Heat along with the sweet finish of the Rib Candy set us apart from the others.”

The “Ain’t Never Won Nothing Yet Bunch” is in the process of changing their name, logo and building a new cooker. They plan on using Dan-O’s again in next year’s competition and for years to come but more importantly, building a winning tradition for years to come!